A new farm experience for me was seeing how much time and effort is put into the care of sheep.  They need correct feeding programmes, mating sessions, health checks etc.
I was fascinated to see how the ewes were scanned for pregnancy.  Who would have thought that sheep would go throught the same process as humans do to check their babies!  It is important to see who is pregnant and with how many - mostly one or twins but there were some who were carrying triplets (poor things!).  Those which were not pregnant were put back with rams and checked at a later stage.
The process does not appear to cause distress as they are literally in the chair for a few seconds and when they are released from the chair they look back and seem to be thinking "What the hell just happened there?" 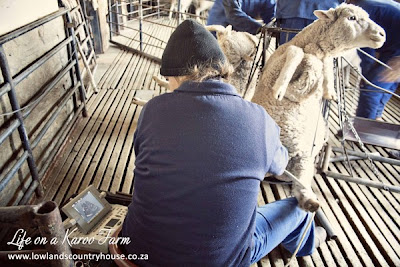 We are expecting the first lambs to be born from 21st August onwards.  Can't wait to see these precious babies frolicking in the early mornings and at sunset.  They congregate like a bunch of children in the playground while their mothers wait for them to tire out so they can have a good sleep afterwards.  The similarity between humans and animals is so fascinating! 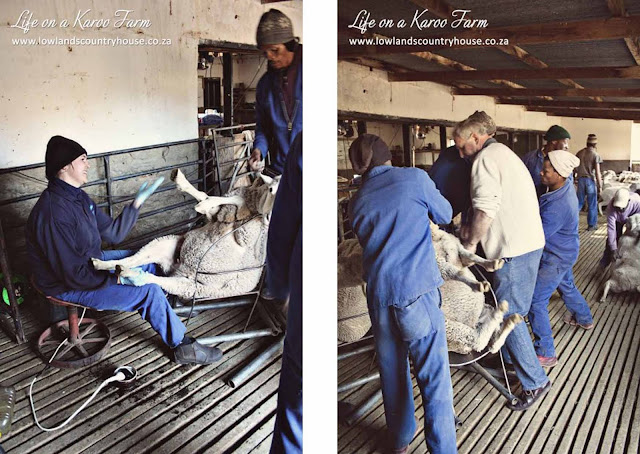 Ruaan, Kate's fiance, recently found this little darling in the veld with no other sheep in sight and it was already becoming dark on a freezing winter night.  It had the umbilical cord still attached so he knew it was a very new lamb which would have died had it not been found, so he had to take it home where we could feed it and give it a chance.  We had guests staying at the time and their little girls were fascinated - they christened it "Snowy".  My daughter Kate became it's mother and the little thing became her shadow over the next few days.  It is thriving and a joy to us all. 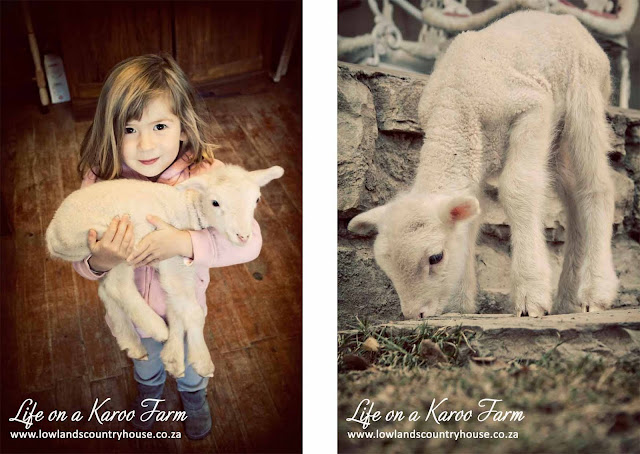